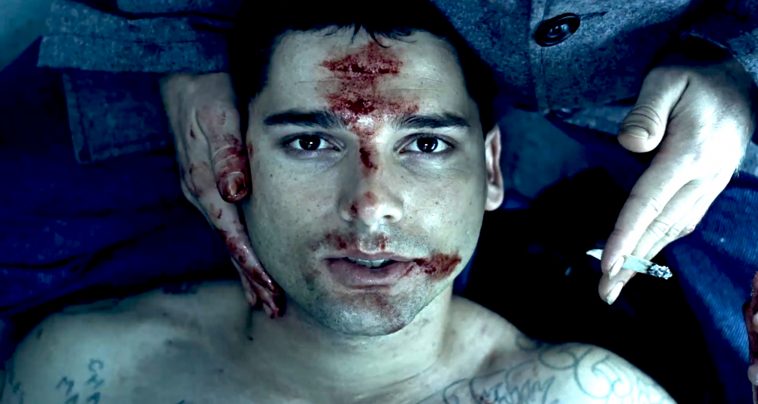 It was the story of a “normal bloke who likes a bit of torture.”

And Chopper, the 2000 film about notorious criminal Mark Brandon “Chopper” Read, is coming back to the big screen for a limited 20th-anniversary run.

The multi-award-winning flick, which propelled Eric Bana to international stardom, will be returning to screens across the country for a limited two-week run from Thursday 26 August.

Chopper’s larger-than-life personality was tackled perfectly by Eric Bana in a role that made the world sit up and take notice.

Previously known for his comedic work on the small screen in Full Frontal (Poida!) and as Con in the classic Aussie comedy The Castle, Bana’s ability to accurately portray this complex, conflicted and deeply flawed character is still something to behold, two decades later.

His brilliant turn was backed up by some equally masterful performances from the likes of Vince Colosimo as Neville Bartos (‘Hospital, driver!”), and Simon Lyndon as Jimmy Loughnan.

Written and directed by Andrew Dominik, in his feature directorial debut, the story is frightening, savagely funny and twisted.

The son of a devoutly religious mother and a one-time soldier with a fondness for sleeping alongside a loaded gun, Chopper dreams of making a name for himself as a legendary crime figure.

He begins his journey as a wisecracking criminal failure inside a maximum-security prison but manages to twist his violent life into a story that fascinates and polarises both the press and public.

The film provides a stark insight into what life was like in Pentridge’s infamous H-division in the ’70s and the Melbourne underworld in the ’80s, without ever glorifying the notorious crime figure.

Chopper is hitting selected screens across the country for a limited run from Thursday 26 August. Check your local cinema for more information.