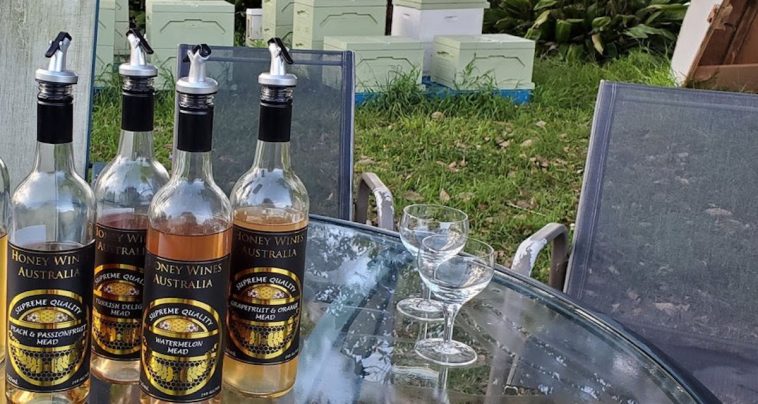 When you think of mead, images of Vikings quaffing from huge goblets in giant banquet halls might spring to mind.

Well, you’re not going to have to travel back in time to medieval Scandinavia to get your fix of honey wine because the Hunter Region now boasts its very own meadery.

Honey Wines Australia is the brainchild of Toronto-based beekeeper and mead enthusiast Martin Jackson whose love of fermenting honey has turned into a consuming passion.

“I first started making mead about 10 years ago and there has been a lot of trial and error since then,” he said. “About six or seven years ago now I got my first beehive and one turned into two and just kept going – suddenly I had a very large supply of honey readily available to experiment with.

“That led to more batches of mead and then I thought I wouldn’t mind making a business out of this. It has taken a few years since then to get to this stage and I started selling commercially around mid-way through 2020.”

So just what the heck is mead, anyway?

Mead is widely believed to be the oldest fermented drink in the world. It’s traditionally made from honey and, like beer is often flavoured with spices, fruits, hops and grains.

It’s also generally higher in alcohol than beer and more in line with grape wine—typically anywhere from 8 to 20 per cent.

“Unlike grape wine, which is limited to a few grape varieties mead can have almost unlimited flavours. This makes it exciting for us to bring new flavours out in the future as it is only limited by our imagination.”

Martin added: “While I wouldn’t go as far as to say any alcohol is healthy, I would say that mead is healthier than grape wine because the nutritional content of the honey is not lost during the fermentation process.”

All of the honey that goes into this mead is also sourced from Martin’s own hives. He currently has 60 with plans to increase that number to 100 as soon as possible.

Also, all of the honey used, while filtered, remains otherwise untouched and free of artificial additives.

“Our bees have flown an estimated 44,000km and visited at least one million flowers to produce each 750ml bottle,” Martin said.

Honey Wines Australia currently operates primarily from its website (as well as popping up at various farmers markets around the traps) but there are plans in the works to open a cellar door in Pokolbin some time in the near future.

Head here for more information on Honey Wines Australia, and, of course, to order.