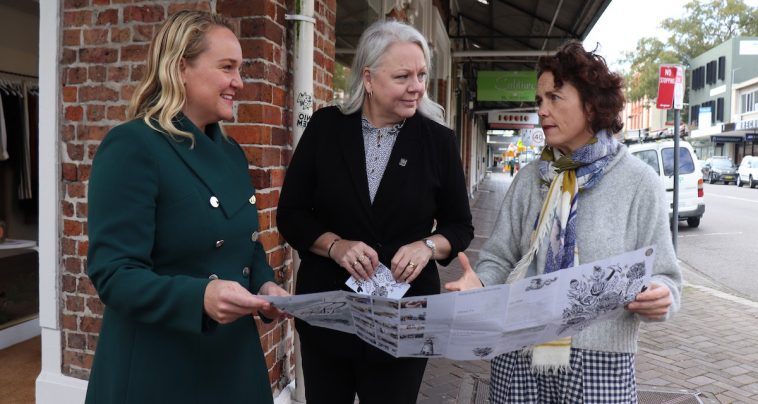 Projects aimed at enticing people into the city centre and Darby Street will share in a funding pool of $800,000, it was announced on Tuesday.

The funding comes from City of Newcastle’s Special Business Rate (SBR) program which uses levies paid by businesses for the promotion and development of the City Centre/Darby Street, Hamilton, Mayfield, New Lambton, and Wallsend precincts.

“City of Newcastle recognises the integral role and contribution of local businesses to the city’s economic development,” Cr Nelmes said.

“The Special Business Rate program is an important way to involve local businesses and the community in the development and promotion of their local business precincts.

“The creative and innovation projects delivered with SBR funding add to the vibrancy and activation of Newcastle, while also driving increased visitation and expenditure.”

Angela Hailey from Makers and Traders Newcastle, who received SBR funding under the previous City Centre round to create a virtual business and experiences ‘treasure Map,’ said the program had engendered a tangible effect on customer numbers.

“The SBR funding enabled us to create this map, which promotes our group of independent traders to tourists while also encouraging lapsed locals to come back into town, and it’s been really well supported,” she said.

“The SBR funding also encouraged us to formalise our casual connections into this group, which enables us to do things on a collective level that we wouldn’t have been able to achieve on an individual level.”

The SBR selection panel recently assessed 10 project applications for the Hamilton, New Lambton and Wallsend precincts, approving four proposals in Hamilton to share in the funding pool of $50,000.

The successful proposals include a mini-festival, organised by Curious Legends to be held in Gregson Park, a project to replace a number of mosaics with level, slip-resistant installations on Beaumont Street, and an interactive mural on the exterior wall of the Community Hive building on Beaumont Street.

More than $1.6 million was distributed in 2020/21 to 19 projects successful, as well as funding and support services for Business Improvements Associations in the five precincts.

Modelling by economic consultants REMPLAN indicates last year’s SBR funding generated a total economic impact of $5,821,261 for the city with a return on investment of 349%.

Also on Newcastle Live
One lucky local is $1 MILLION richer and doesn’t know it!
Ride Along is back with beer, BBQ, bikes, and a dash of pub history!
Vinny’s Takeaway kicks a goal with Schnitzel Snack Pack!
Get a Wiggle on… The Soul Movers are headed to The Wicko!