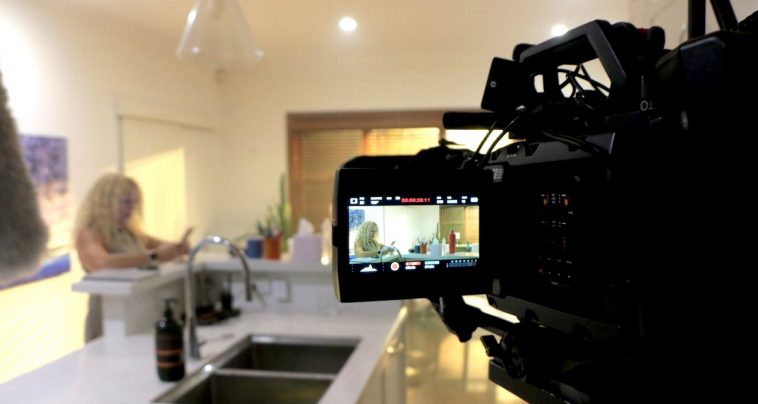 The phrase ‘write what you know,’ has long been a cornerstone piece of advice for aspiring dramatists and an axion that Newcastle filmmaker Cameron Utiger took very much to heart when sitting down to write his debut feature film Cooked.

“They always say write what you know and I too that in the most literal sense possible,” Cameron told Newcastle Live.

The film which the 22-year-old wrote, directed, and is currently editing, is set in Newcastle and follows Ethan and six of his best friends who are teetering on the brink of adulthood after graduating high school.

Before their paths diverge however, the group plan one last blowout at a fellow students 18th birthday party.

“Over the coming night and next morning, as you can imagine with teenagers, nothing really goes to plan and their friendship is tested, and the whole concept of what friendship and adolesence mean is put to the test,” Cameron explained.

Inspired by the risque coming-of-age comedy Superbad, Cameron said that he was inspired to look a little closer to home when mining for cinematic fodder.

“Everything in the film is in some part based on real-life,” he said. “When I was younger I watched Superbad and I was listening to interviews with [writers] Seth Rogan and Evan Goldberg who said much of the film was based on their own experiences.

“That made me think: ‘wow, why have not thought of that?’ So, every time something funny, memorable, or what I thought would be interesting to translate to film, I’d write it down in a little notebook and this film is those ideas and moments fleshed out.”

With coming-of-age films (both comedy and drams) arguably enjoying their heyday in the 1980s, particularly the work of John Hughes (The Breakfast Club, Pretty In Pink et al) Cameron said he wanted to tell that story in a modern context – something he said was lacking, particularly in relation to Australian film.

A desire to make films had been with Cameron for most of his life and he said he decided to take the plunge into feature films in an effort to live up to the expectations he had laid out for himself.

“I always talked a big game and, in late 2019, I said to myself: ‘you’ve talked the biggest game and you’ve done absolutely nothing. I think it’s time to put your dreams into motion and see what happens,'” he said.

“I’ve got a part-time job, I still live at home, if I’m going to take a big risk and try and go for it, now is the best time. I can fail now and the repercussions aren’t nearly as bad as they would be in my 30s.”

“That’s the goal – to have it screened in cenemas across the Australia and the world, but just to have the opportunity to watch my movie on a big screen is a massive bucket list item ticked off right there,” he said.

“At the moment I’m looking for distributors and producers interested in getting the film out there. I’ver been sending heaps of emails and honestly at this point I’ve definitely become a pest.”

Head here to keep up-to-date on all Cooked-related happenings.