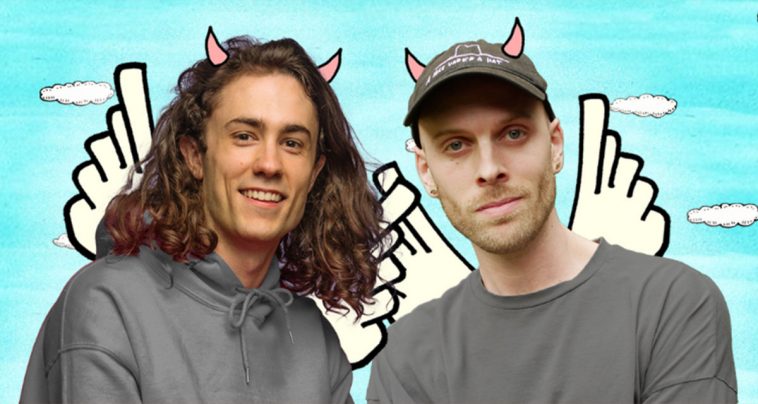 Born out of pure adrenalin, the first God Is Dead Live show was put together just 24 hours before it hit the stage to fill an empty stop at the 2022 Semi Permanent Design Festival.

What came out at the end of the writing process was a show about the worst things on the internet.

And while the God Is Dead live show is based on the hit comedy podcast of the same name, these live shows are never to be released because things get pretty loose!

“There is absolutely no way that I could talk about literally anything from this live show on the radio. Whatever happens in the theatre stays in the theatre,” Bryce said.

Ticket holders should expect to be taken through some of the most cooked stories from the depths of the interwebs before finally making a decision on whether, or not, God has abandoned humanity.

The God Is Dead Live Tour hits the stage at City Hall in Newcastle on Friday 21 October. Tickets are on sale from 10:00 am Friday, 5 August. Visit civictheatrenewcastle.com.au.