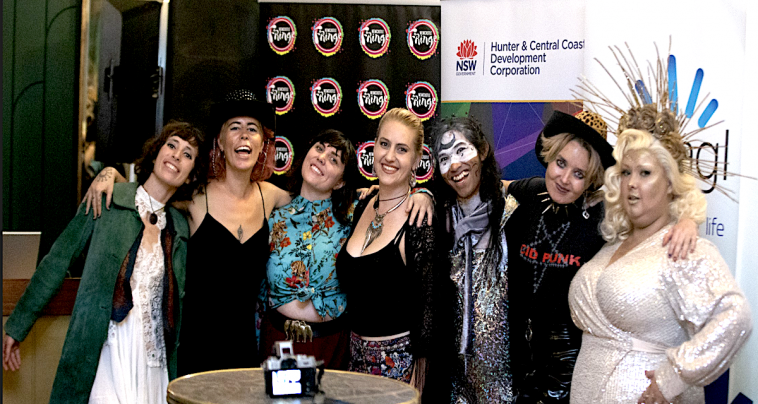 The cast of Fever which took out the Artistic Merit gong at this year's Newcastle Fringe Festival awards. Picture: Supplied.

Well, it’s all over bar the shouting and as the sun sets on another Newcastle Fringe Festival, organisers have hailed the 2021 iteration a resounding success.

Despite rain forcing the cancellation of the Fringe’s family activities at The Station as well as some shows having to be scuttled due to artists and crew being personally affected by flooding, road closures or concerns regarding the safety of travel, the old adage ‘the show must go on’ came to the fore.

And go on it did with festival organisers revealing that the eclectic program saw paid show attendance figures of just over 3000, proving that there is an appetite in Newcastle for left-of-centre, non-mainstream entertainment.

In fact, Fringe board member and marketing officer Liane Morris said that attendance figures had tripled from the last festival in 2019.

“We are incredibly proud of this strong performance,” Liane said.

“We can only dream of what those figures would have been if the weather had not been against us. The last festival was held in 2019 and our figures for this year have tripled.”

It’s not quite over yet though as, this year, you still have the chance to Binge The Fringe with five shows from the 2020 program, as well as one international show, and one from Melbourne available to stream until Sunday 28 March.

Each year a team of Newcastle Fringe-appointed judges watch as many shows as possible over the five days of the festival. Awards across five categories were presented at a closing ceremony, which was held at The Great Northern Hotel on Sunday night.

Here are the winners.