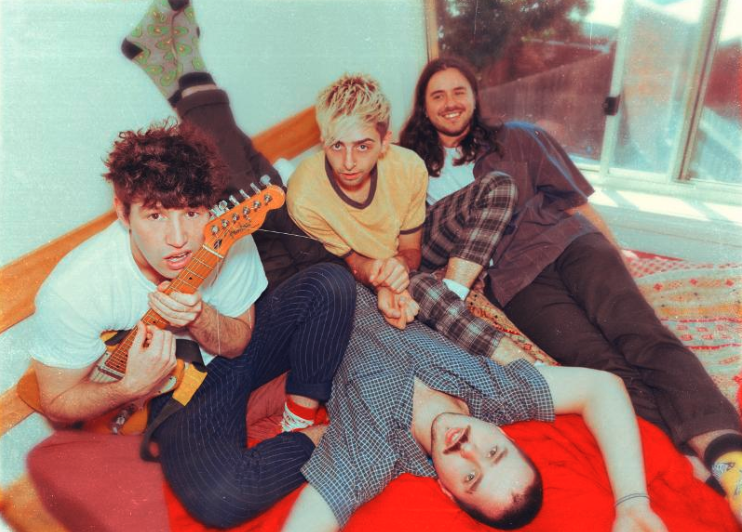 While their latest single On My Own is an unabashed love letter to the benefits of laziness, don;t expect Bakers Eddy to be resting on their laurels anytime soon.

The New Zealand-via-Melbourne quartet are smack bang in the middle of an nEast Coast tour to promote the pop-punk tinged, hook laden number and Newcastle will get a look in when they tke to the Cambridge Hotel for the venue’s massive Boxing Day blowout.

“People can definitely expect a great time with a really inclusive atmosphere – we’re all about having as much fun as possible.”

It’s been quite the red-letter year for Bakers Eddy with the band, this year inking a deal with Ivy League records as well as finding themselves on many critics’ ‘best of’ lists at this year’s Bigsound Festival with The Music declaring that they were, wuite rightly, garnering a rep for being one of the most exciting live atc in the country.

This all may seem at odds with the themes contained in their latest single, but as Alex said there’s nothing wrong with vegging out an unleashing you inner introvert every now and then.

“It’s totally okay to be lazy,” he said.”There’s nothing wrong at all with ordering a pizza by yourself and eating it by yourself.”

Alex added that the track, which was recorded in Melbourne and mixed by grammy award-winning producer Doug Boehm (Girls, Twin Peaks, Tokyo Police Club), was written in Germany in the middle of a European tour.

“When you’re in each other’s pockets all the time, the idea of being on your own for a bit becomes quite appealing,’ he said.

ALSO ON NEWCASTLE LIVE
THE NEWCASTLE TASTEMAKERS! Where YOU ate and drank in 2019
REMEMBERING 5.6: Cathedral to host Newcastle Earthquake memorial
AMPED UP: Brightness in the running for prestigious 2019 Australian Music Prize
THE REASON FOR THE SEASON: Top five ways to be kinder this Christmas