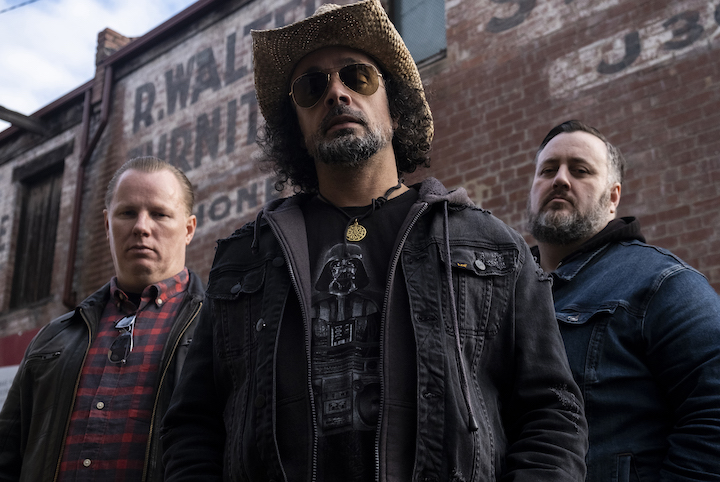 Are you ready to have your face melted?

Yes, you say? Well, that’s good because the Lass O’Gowrie will certainly have you covered with a night of big-riffing swagger this Friday night.

Known for their groove-laden, thick riffing, Planet Of the 8s have been pricking up ears all around the country since dropping their 2017 self-titled debut.

Now things are going from strength to strength for the three-piece with the recent release of their sophomore slab Tourist Season.

This six-track stoner rock triumph revels in a glorious Kyuss and (early) Queens Of The Stoneage groove while wrapping the whole thing up into a thoroughly modern and Aussie package.

And with tracks with names like Christopher Walken In The Jungle With The Fkn Animals (which features a face-melting solo from Bob Balch – he of lauded US rockers Fu Manchu) and The Epic Space Adventures Of The Intergalactic Guru, you can expect more than a dash of psych thrown in!

The wild men of Melbourne’s world-renowned stoner scene share POT8s’ penchant for desert-flavoured riff-scapes but add a punk aesthetic throughout their murderous collection of songs, more reminiscent of an Oliveri-style ferocity.

If that wasn’t enough local monsters Bloody Hell will open proceedings for what promises to be an earplug necessary night!

Catch Planet Of The 8s, A Gazillion Angry Mexicans and Bloody Hell at the Lass O’Gowrie on Friday 23 August.