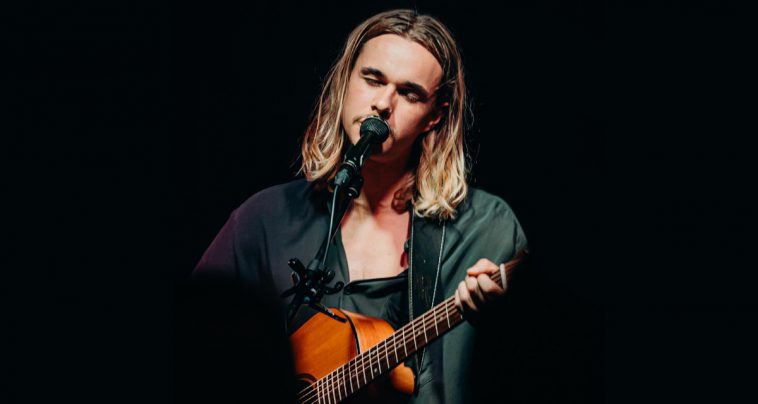 After embarking on his first national tour earlier this year, Newcastle’s Austin Mackay is hitting the road again.

The singer-songwriter is heading out on a 15-date national headlining tour that will take in NSW, QLD, Victoria, WA, and South Australia, including a local show at The Cambridge on Saturday 4 September.

Austin is on the road to support his soon-to-be-released single Breathe Again which, by all accounts, is an upbeat folk-rocker that guaranteed to get more than a few heads bobbing.

The 19-year-old, who took out top honours in Newcastle LIve’s inaugural Newcastle’s Got Talent comp in 2020, pricked up more than a few ears last year with the release of his debut five-track EP The Distance Between.

The EP is a solid collection imbued with a palpable passion, vulnerability and a whip-smart folk-rock sensibility that belies the artist’s age.

A definite standout, though, is the coastal indie rock vibes of Edge of Unknown, which closes out the EP.

Written as Austin was staring down the barrel of finishing school, the track vividly captures the sense of uncertainty that inevitably comes with those life-defining ‘crossroads’ moments.

With a solid crop of tunes in his swag, and a captivating stage presence, Austin Mackay is definitely making his mark on the Oz indie/folk scene, so make sure you get along to this one to check this local up-and-comer that is definitely one to watch.

Catch Austin Mackay at The Cambridge on Saturday 4 September with support from Lachlan Edwards. Tickets are on sale from 9am on Tuesday 27 July. Get them here.