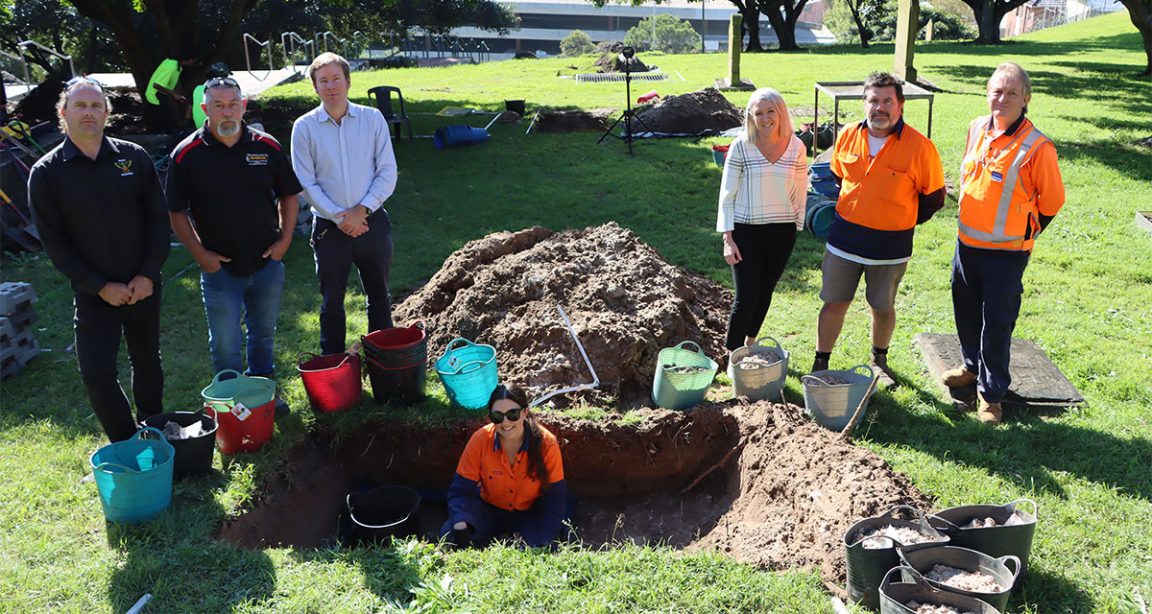 Newcastle’s oldest European cemetery, located high on the hill behind Christ Church Cathedral, is the focus of a new archaeological dig.

The dig at Cathedral Park, the resting place of more than 3300 of the city’s earliest European inhabitants, will delve deeper into the heritage of the site ahead of its planned revitalisation.

“This test excavation program will be supervised by Registered Aboriginal Parties (RAPs) from the local community.

“Appropriate safety measures will be put in place by City of Newcastle to ensure the park will remain open to the public for the duration of these archaeological works, which are required before we can progress with the next stage of the proposed landscaping project.

“The archaeologists on site are also happy to engage with the public and answer any questions they may have.”

Since 2012, City of Newcastle has been carrying out a number of improvement projects as part of a masterplan proposal to transform Cathedral Park into a showpiece destination.

The plan is designed to respect the site’s heritage while also making the most of its spectacular views over the city and harbour and its position adjacent to the Christ Church Cathedral, which attracts upwards of 80,000 visitors each year.