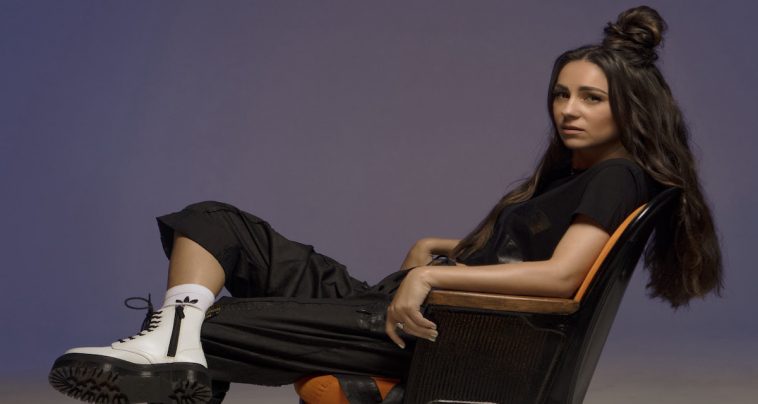 When Amy Shark last visited Newcastle, back in the pre-COVID days of 2019, she liked our fair city so much that she’s decided to do it all again.

Amy, this week, announced that she was adding one extra show to her national Cry Forever tour, and Newcastle is to be the first cab off the rank.

“I honestly really love Newcastle and I think it will be a really cool place to kick off the tour,” Amy told Newcastle Live.

Given that Newcastle was not on the itinerary when the tour was announced, Amy said that she was impressed with the amount of vocal Novocastrians who contacted her demanding she redress that balance.

“I’m very lucky though because I thought I would cop it from a lot of other places, but Newcastle made a lot of noise, which I really respect and love.”

When those Novocastrian fans amass at the Newcastle Entertainment Centre on Friday 11 June, they will be among the first to get a live taste of Amy’s highly anticipated sophomore album Cry Forever which is due out on Friday 30 April.

Telegraphed by a slew of cracking singles, including the ARIA award-winning Everybody Rise, C’mon (featuring Blink-182s Travis Barker), and Love Songs Ain’t For Us (featuring Keith Urban and co-written by Ed Sheeran), Cry Forever promises to be yet another stellar set and one that Amy had previously described as: “…some of the most personal and confronting songs I’ve ever written.”

“It feels really real now because there was a time when I thought: ‘this is never going to happen, this album’s never going to be released,’ the way the world was going, so it’s kind of surreal when I look at the calendar and it’s, like, a couple of weeks away.

“I did a lot of the legwork before COVID so, in the middle of COVID, all I did was hone in on the songs and make them sound as great as I possibly could and I just really grateful and lucky that people loved the first couple of drops.”

While still brimming with the melodic hooks and vivid imagery realised through her deftly crafted lyrics, Amy said Cry Forever has pulled her into some new directions that surprised even her – not least of which on Love Songs Ain’t For Us.

“It’s a very different one for me, and you can thank Ed for that,” Amy said.

“And that’s why I went to work with him – when you work with one of the best songwriters in the world, you’ve got to be very open and ready to try new things, and he made me sing up in a different register and I was really nervous about doing that. Now when I listen to it and even practising it now I feel my voice getting stronger.

“And Keith is just a legend of a man, respected all around the world, and what he added to the song with his country signature guitar and his voice – it just took it to another level it just really finished the song beautifully.”

Where Love Monster saw Amy train her lyrical radar on past experiences, she revealed that Cry Forever is a document of a songwriter living more in the ‘now.’

“I think I’ve touched on a couple of different topics that I wasn’t ready to go to on Love Monster and also probably half of the album is a lot more current,” Amy said.

“There’s obviously topics and thing in my life from the past that still seep into songs, but this album has a lot more current stories. I really tried to capitalise on any time I felt really hyper-sensitive or upset or tired or happy. Any time I felt any of that during the last three to four years doing this different life, I tried to write about it every time.”

With Cry Forever’s release imminent, and the national tour locked in, Amy admitted that she couldn’t wait to give fans a live taste of this new crop of tunes (and some old ones) in what will be one of the first arena tours globally since COVID hit.

“There’s nothing better than when you have an album with songs that you actually love and are looking forward to playing because you’re going to be playing them every night for a really long time,” she said.

“I am very excited to do that and stoked that I am still completely obsessed with this new album, I’m looking forward to playing old songs – it’s a really exciting feeling.”

Catch Amy Shark at the Newcastle Entertainment Centre on Friday 11 June. Tickets are on sale from 11am on Friday 16 April. Cry Forever is out on Friday 30 April.