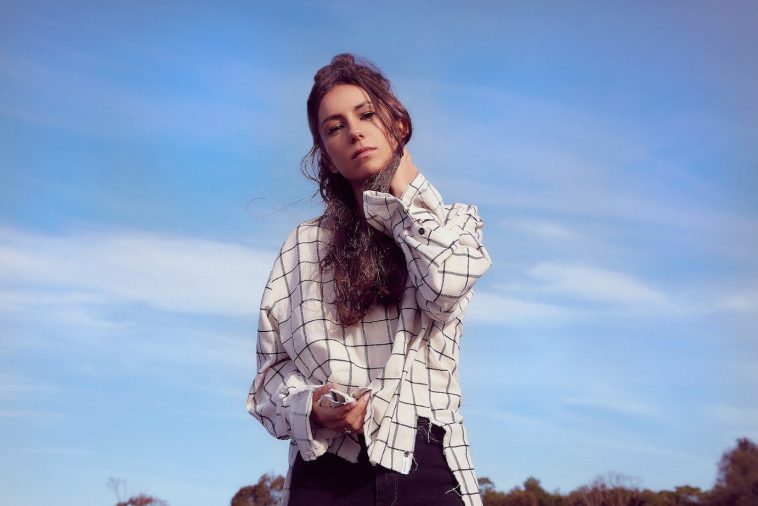 In just three short years, Amy Shark has gone from playing humble venues to becoming one of this country’s most beloved pop exports.

But don’t expect the Gold Coast-based pop chanteuse to have developed too many diva-like airs and graces in those ensuing years.

“I’m actually sitting at breakfast with friends,” Amy told Newcastle Live when we phoned her for a chat.

“It’s really nice to be able to grab some time with mates when I can because they really do help keep you grounded.”

And taking time out to smell the roses is becoming an increasingly rare occurrence for the Adore hitmaker who recently came off an extensive, sold-out national tour in support of her acclaimed debut album Love Monster.

That run was so monstrous that Amy has decided to keep the party going, this time hitting up regional centres across the country – with Newcastle being the first cab off the rank.

Amy said that she was keen to visit all of the nooks and crannies of the country to give back to some of her most fervent fans.

“I’m super excited about this tour,’ she enthused. “I mean people that live in regional areas don’t get as much love, when it comes to live music, as their city counterparts so I wanted to do something about that.

“Also, I’ve got some really great fans outside of the cities who actually made their way to may metro shows on the last tour, so this is kind of my way of saying thanks.”

Despite her current status as the ‘darling of Aussie music’ Amy is under no apprehension that she is ‘set for life so to speak – something that comes from years and years of slogging away playing to small crowds in the humblest of venues.

“I never take anything for granted,” she said.

“I’ve had so many years of being beaten down and disappointed and I had called it a day a number of times. Even after the success of Adore, I was skeptical about it all and I guess I still find it hard in some ways.

“But I am glad that I have had a solid grounding of playing gigs three nights a week in bars to grumpy old men who don’t want you there because things took off for me quite quickly – I mean, I was on [The Late Show With] James Corden before I even knew what was going on. So, without that solid base, it may’ve been a different story.”

Despite her arresting down-to-earth outlook, there is one diva trapping that Amy has happily adopted – the insane rider demand.

“I played a festival in New Zealand and this artist, whose name I can’t remember, but he told me that he always asked for a framed photo of Mel Gibson in his rider,” Amy laughed.

“So I thought: ‘well, I quite like Julia Roberts so I’m going to ask for a photo of her,” just as a bit of a joke. But what’s funny is the number of times I’ve had some lovely venue admin person tell me how much fun they had searching for pictures of Julia Roberts for me.”

Catch Amy Shark at NEX Newcastle on Thursday 3 October. Get your tickets here.