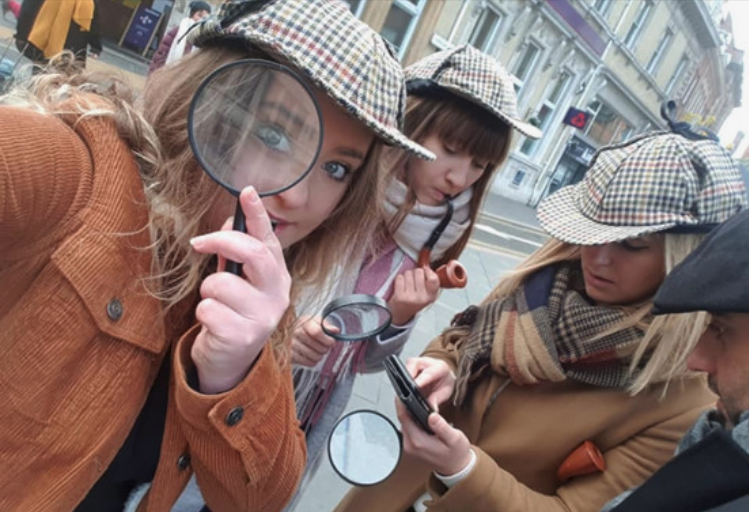 Do you think you have what it takes to be a detective?

Well, you now have your chance to put your whip-smart insight and Columbo-esque intuition to the test with a new outdoor detective game coming to Newcastle next month.

Hosted by UK company CluedUp Games, The Latest Krays will transport you back to 1960s London, tasking you wannabe sleuths with solving the grizzly fictional double murder of the infamous Kray twins – Ronnie and Reggie.

Billed as a giant version of the iconic board game Cluedo the mystery will unfold virtually, via an app and the game is entirely self-guided.

To take part, all you need to do is grab a team ticket (one ticket for teams of up to six people), turn up to the pre=determined and highly secret starting location at anytime between 10am and 1pm and get sleuthing!

Ronnie and Reggie Kray were at the top of the organised crime tree in the East End of London during the 1950s and 1960s.

Heading up the nefarious gang known as The Firm, Ronnie and Reggie were involved in arson, protection rackets, arson, armed robbery and murder.

The Latest Krays will kick-off on Saturday 7 December, Head here for more information and tickets.