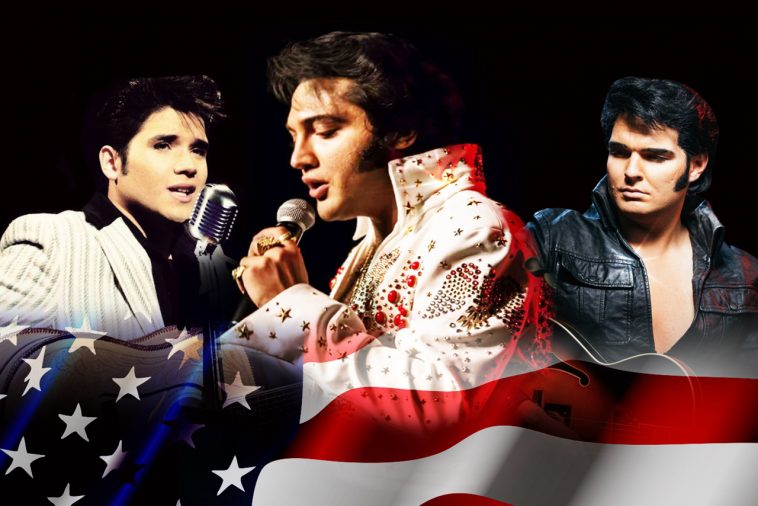 When it comes to icons of popular music, there are few as celebrated as Elvis Presley.

More than 42 years after The King’s untimely death, his music is still loved by millions around the world and tribute shows and impersonators keep the dream alive.

Now three of the best Elvis impersonators in the biz are coming together for one hunka hunka burning show, that will cover the entire eclectic career of the King Of Rock And Roll.

“It really is a massive show that covers all eras of Elvis Presley,” Ben Thompson told Newcastle Live.

“There is a lot of ground to cover and thankfully I have both Vic and Justin there, who are just fantastic, to help bring this show to life.”

Ben, who will tackle the Elvis songbook from his movie years (GI BLues, Kid Gallahad, Speedway, et al) added that The King had always loomed large in his life.

“I was raised on his music,’ he said. ‘When I was a kid I listened to all that old great rock and roll like Chuck Berry but when I heard Elvis, I just fell in love with that music and the way that he performed it. I was mesmerised.”

Ben parlayed that passion for Elvis into a career that has seen him winning numerous Elvis competitions, perform with his backing singers The Sweet Inspirations on no less than 30 occasions as well as playing the King alongside Harrison Ford and Ryan Gosling in Blade Runner 2049.

While Ben is certainly no stranger to the music and life of the man he impersonates, he said it was something he wouldnev4r truly master.

“I’m watching Elvis all the time,” he said. “He was just such an accomplished performer, you constantly pick out new things, little nuances in his performance.”

So what is it about Elvis that still elicits such fervent fandom all these years later?

“It’s all about the music,” Ben said. ” It’s just timeless, and this show gives people the chance to experience those timeless songs up close and personal.”

Catch Elvis: An American Trilogy at Wests New Lambton on Wednesday 2 October. Get your tickets here.