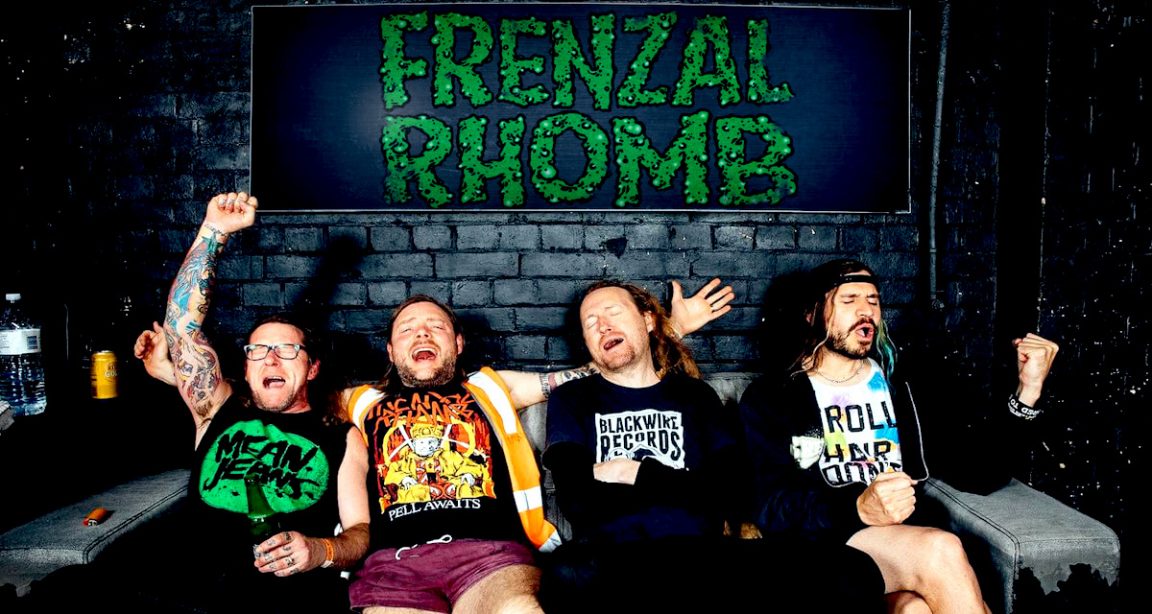 For Jay Whalley, the dreadlocked frontman for legendary Sydney punk rockers Frenzal Rhomb, returning to Newcastle to melt faces on the Scene & Heard 2021 stage is just the icing on a very refreshing cake.

“Look, I’m excited just to be going outside, let alone heading to Newcastle for Scene & Heard,” he told Newcastle Live.

“And what a line-up! It’s definitely the best one yet and that’s not necessarily because we’re playing.”

The band behind such Aussie pop-punk anthems as Punch In The Face, You Are Not My Friend, and Never Had So Much fun will join the likes of Grinspoon, Regurgitator and Ratcat on Sunday 21 November for what promises to be one heck of a welcome return to festival culture in Newcastle.

But what can we expect from Frenzal’s set?

“Well, without giving too much away, we’re really into reading the crowd and then upsetting them,” Jay said.

While the insidious pandemic has kept the band off the road for most of 2020, Jay has been scratching that performance itch with acoustic solo shows and, reading between the lines, you get a sense that he can’t wait to sink hit teeth back into some fill-tilt Frenzal action.

“I came up to Newcastle recently and played a show by myself in a church [Small Ballroom] and, for reference, our Scene & Heard set will be the direct opposite of that,” Jay said.

“My solo shows are heaps worse than a Frenzal show. Nah, it’s alright, but at the end of the day, does the world need any more punk guys with acoustic guitars? It’s the worst shit.

“I feel like that could be the real pandemic – punks with acoustics getting all sensitive.”

“In fact, Local Resident Failure was a great band, too. I’m just glad I had a hand in breaking them up. But we’re really lucky to have Dal on board. He’s a champ.”

The Scene & Heard set will be extra special given that they recently welcomed Novocastrian and former Local Resident Failure bass player Michael Dallinger into the fold.

“It is going to be very special especially for young Michael Dallinger, to perform in his hometown and be heckled by his closest friends and family,” Jay laughed.

“He was in a band called Local Resident Failure which was named after a Frenzal Rhomb song, and then when we were talking to him about joining the band we were thinking ‘can we ever truly be friends with someone who is that much of a fan?’ I mean, he’s got Frenzal tattoos and everything. Turns out, he’s a pretty good guy.

“In fact, Local Resident Failure was a great band, too. I’m just glad I had a hand in breaking them up. But we’re really lucky to have Dal on board. He’s a champ.”

This writer vividly remembers (albeit severely beer goggled) Frenzal playing to a packed mid-week Newy crowd at the now-defunct Hunter on Hunter Hotel in the heady Dick Sandwich/Coughing Up A Storm days of ’94/’95.

For someone who has been visiting Newcastle for as long as Jay, describing the city to an outsider should be a doddle, right?

“Last time I was there I went to The Seven Seas in Carrington, and I’ve gotta say it’s the bloody best place on earth,” Jay exclaimed.

“You walk in there and think ‘I could be in one of the levels of hell.’ and it turns out it’s filled with really nice people.

“That’s my experience with Newcastle – I always think it’s going to be a piece of shit but it’s always fantastic!”