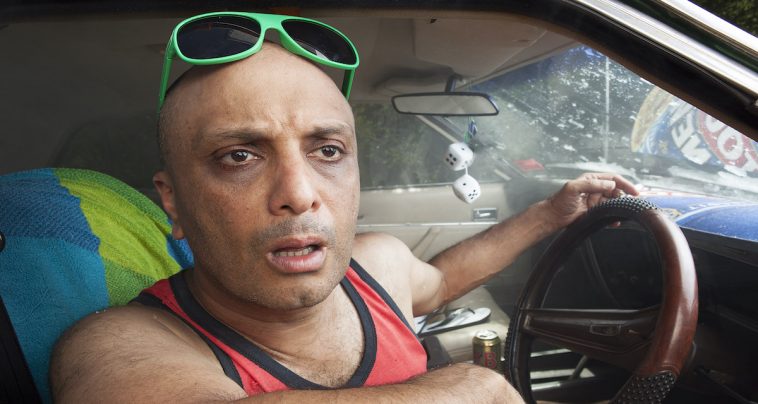 He has been a frequent visitor to our lounge rooms on such shows as I’m A Celebrity…Get Me Out Of Here, Hughsey, We Have A Problem, and Have You Been Paying Attention.

But it is on stage, behind a microphone that funnyman Akmal Saleh truly shines.

The funnyman’s wry and laconic observations on modern life have made him one of the most bankable comedians on the Aussie circuit.

And thankfully, precisely when we could all do with a bit of a rib tickle, Akmal will be bringing his Open For Renovations show to Club Charlestown next month.

The renovations in question are for Akmal himself. He wants to improve his lot in life but needs your help to do so.

Do you know the secret to achieving a perfect body with rock hard abs and buns of steel without getting out of bed?

Have you figured out how to be so ridiculously wealthy that you could pay Rupert Murdoch to drop his pants and perform a silly dance while singing in a high-pitched voice?

Perhaps you’re all about confidence – the kind of confidence necessary to get out of your car during a road rage incident that wasn’t your fault instead of driving away as quickly as possible?

If you answered ‘yes’ to any of these life-changing accomplishments, Akmal wants to pick your brain in what promises to be one hilarious hour of comedy.

While comedy gigs have been pretty few and far between in 2020, Akmal is definitely not resting on his laurels.

Speaking to the Daily Telegraph recently, the comedian revealed he had taken to home renovation, albeit with middling results.

“I’ve made holes in the walls, painted myself different colours…at least I’m having a go,” he told the publication.

“There’s been some injuries but nothing permanent — there’s still a bit of time yet.”

He added that his new passion may even provide inspiration for a new TV series.

“The Block For Idiots – home renovations if you have no idea what you are doing,” Akmal joked.

Catch Akmal’s Open For Renovations at Club Charlestown on Saturday 12 September. Get your tickets here.