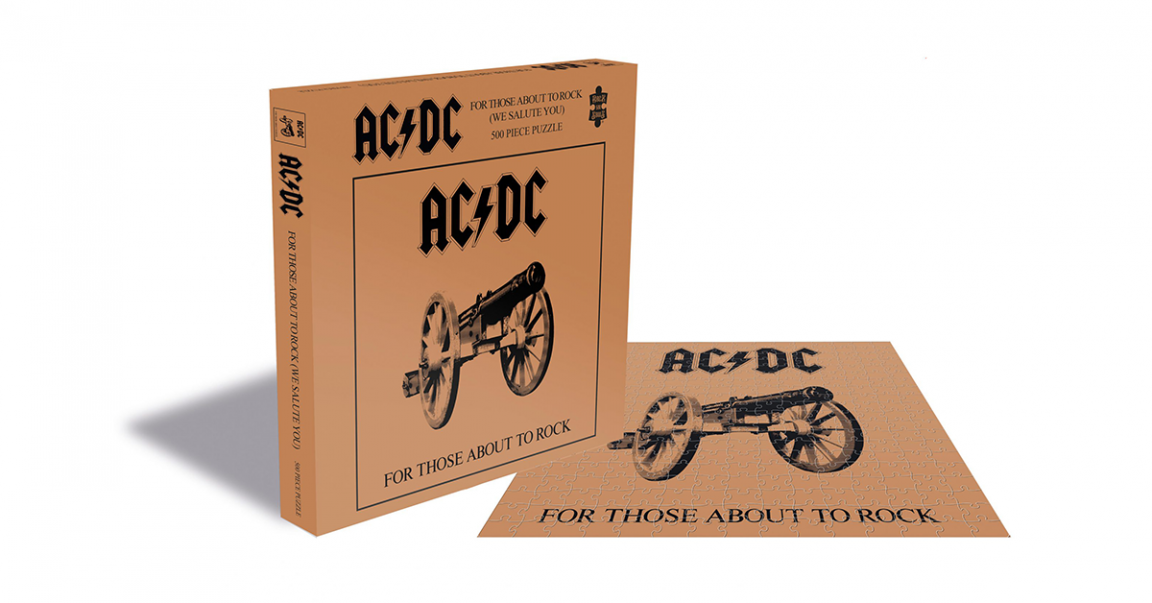 Puzzles have become a very popular pandemic pastime. And now AC/DC fans can get in on the action, reconstructing album artwork by their favourite band.

The series, set for release in September this year, will feature album cover jigsaws from The High Voltage, For Those About to Rock, Blow Up Your Video and Ballbreaker. All boxes, shaped like a vinyl album boxset, will contain 500 pieces.

Zee Productions, the people behind the release, are no strangers to the album cover jigsaw puzzle game, they affectionately call “Rock Saws”.

AC/DC is not the first act to give their album artwork the puzzle treatment with Zee Productions. In the past the company have released similar puzzles for acts like Def Leopard, David Bowie and Alice Cooper (below), just to name a few.

The AC/DC Rock Saw series is now available to pre order from the Zee Productions website. But get in quick, these are bound to be a very hot collectors item.