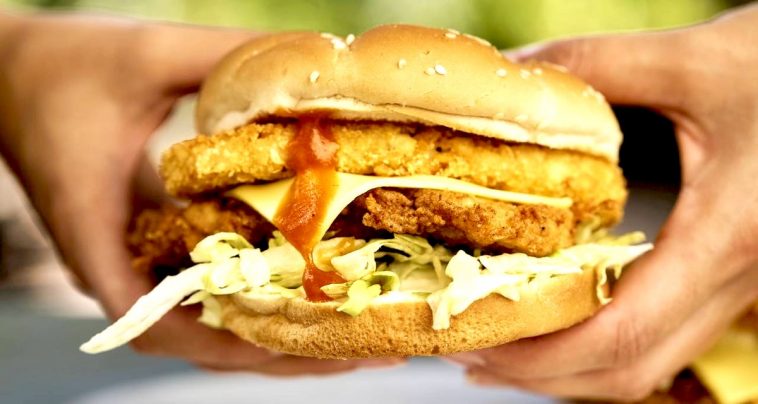 Global purveyor of ‘sometimes food’ KFC have thrown all of your 2021 healthy eating plans asunder with the resurrection of one of its most iconic burger creations.

Yep, that’s right, lovers of franchsied fried chook! From today (Tuesday 23 February) the one and only Burger Tower will make its triumphant return to the KFC menu after its last appearance back in 2018.

In case you haven’t sampled this wonder of gastronomic architecture, the Burger Tower is a carb-lovers dream, stacked with an Original Recipe fillet, cheese, mayo, lettuce, a zesty tomato sauce, and the pièce de résistance, a crispy golden hash brown.

For those that like their meals with a bit more kick, you can also swap out the Original Fillet for a Zinger variety to really bring the heat to proceedings.

“Fans across the country have been vocal in calling for its return, so we know they’ll be eager to get their hands on it while they can – but get in quick as you never know when it’ll be back again.”

While KFC has slated Monday 22 March as the last day you can grab one, news of the Burger Tower’s return has caused such a culinary kerfuffle that Sportsbet has opened a market on just how long it will stick around for.

The online bookmaker reckons the burger could make a return after the March 22 deadline, installing a return before the end of the year at $3.25.

And KFC making the Burger Tower a permanent menu fixture is a $7.25 chance.