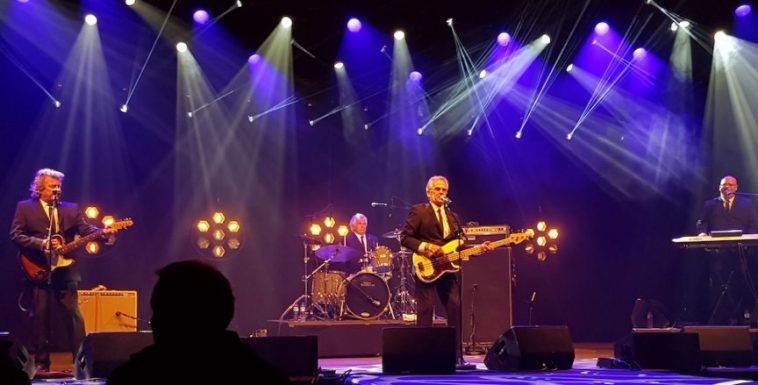 When Herman’s Hermits released their impossibly catchy and now iconic debut single I’m Into Something Good in 1964, they were propelled into the global cultural zeitgeist as a part of the Great British Invasion that conquered America and changed the face of popular music forever.

Fast forward 55 years and the band are still going strong – a fact that original drummer Barry Whitwam couldn’t be happier about.

“We’re all having a ball on stage and the audiences are still having a great time so why not keep the party going?”

Barry and the Hermits will be bringing the party to Belmont 16s later this month, continuing a decades-long love affair with Australia, having first visited in 1966 with Tom Jones in the Caravan of Stars Tour.

“This will be our 40th tour of Australia – we just love coming back. The audiences have always been really great down here.”

While original singer Peter Noone is no longer with the band (he left back in 1971), the current lineup is still able to bring that glorious ’60s UK sound and spirit in spades.

And what material they’ve got to work with. Songs like the aforementioned I’m Into Something Good, Mrs Brown You’ve Got A Lovely Daughter, Silhouettes, No Milk Today and There’s A Kind Of Hush, I’m Henry The VIII I Am, quite rightly place them alongside the likes of The Beatles, Stones, Animals and Dave Clark Five as early architects of that now-iconic sound.

“The ’60s was just such a great decade for music – English music especially,” Barry said.

“There were just so many great bands and I don’t think we will ever see anything like it ever again.’

Catch Herman’s Hermits at Belmont 16s on Thursday 29 August. Get your tickets here.