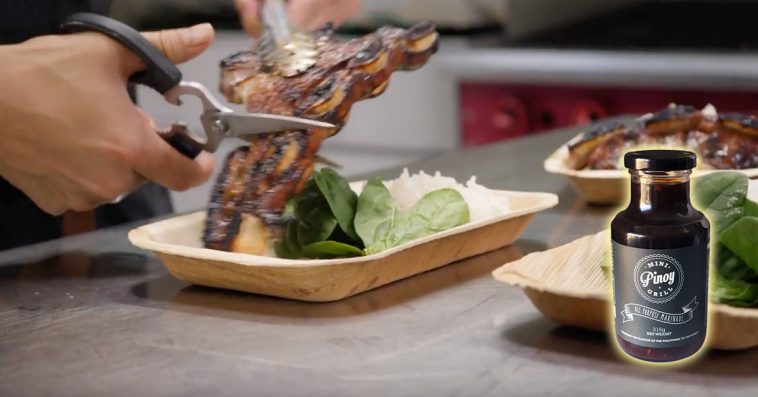 “My childhood memory is my uncle cooking BBQ. The shittiest grill ever, but the marinade was the bomb”.

That’s what local muso CrocQ Lucero told us when we asked him to describe his first memory of cooking.

It’s an important question because CrocQ has put it all on the line in his quest to get his “All Purpose Marinade”, into the marketplace via a Kickstarter campaign that you can get behind here – https://www.kickstarter.com/projects/minipinoygrill/mini-pinoy-grill-getting-saucy?ref=project_link

CrocQ tells us that the idea to produce the marinade came from conflicting responsibilities of his career in music and running a food truck.

“Gigging and doing the food truck at the same time was a huge conflict. Trying to do both food truck and singing was hard. The working hours are the same or at opposite end – doing the markets and gigging at night”

By supporting the Kickstarter you’ll be throwing your dollars behind local, family businesses. The product will exclusively be stocked at local butchers, supermarkets and corner shops.

“We want people to go to their local businesses, buy the marinade and see what else our hard-working small businesses have to offer”

You can get behind CrocQ’s campaign by clicking this link